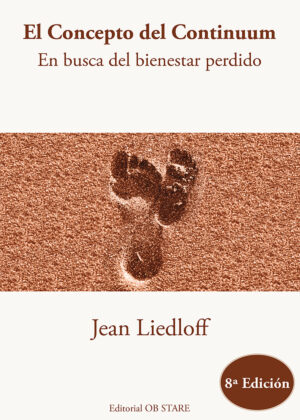 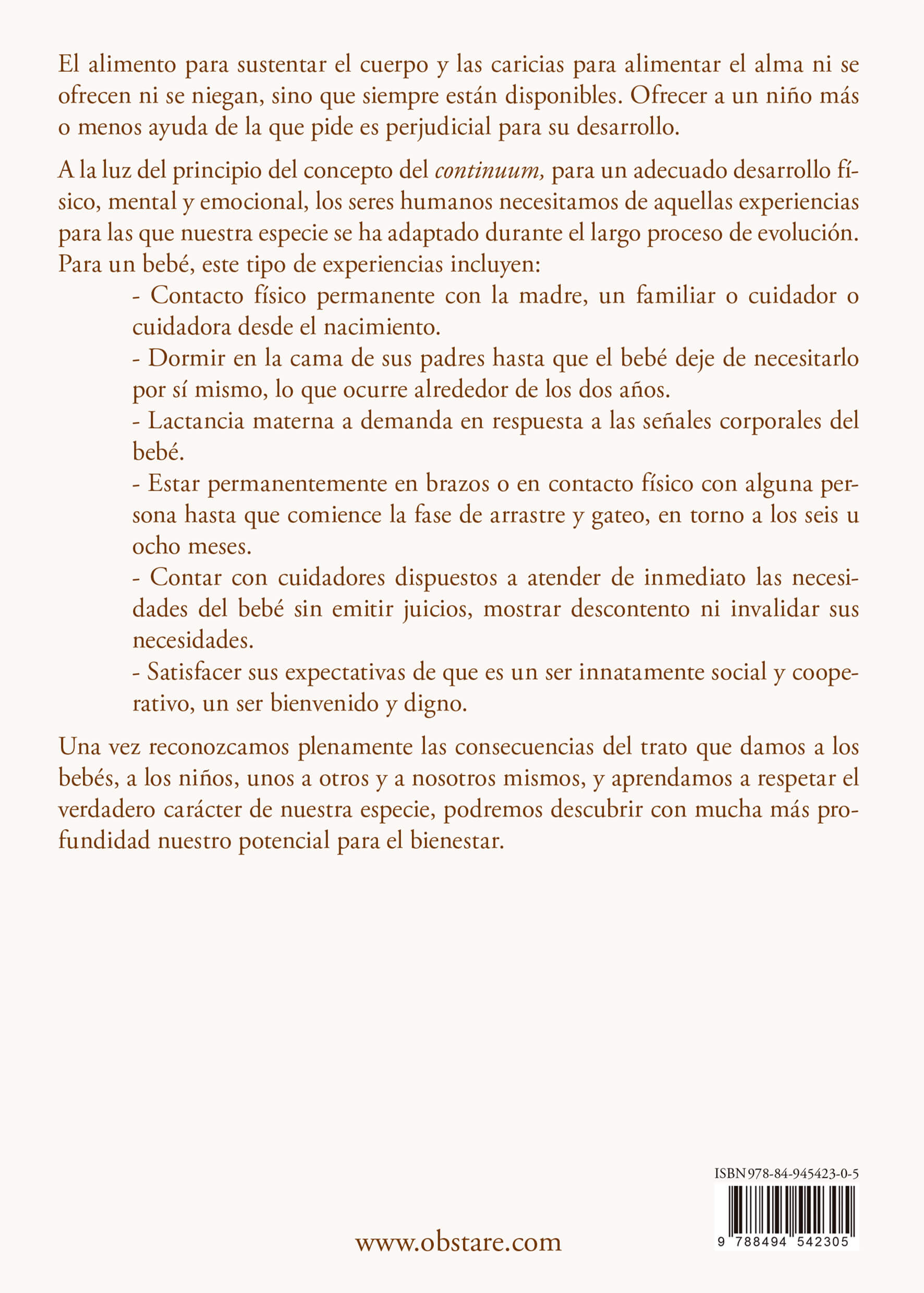 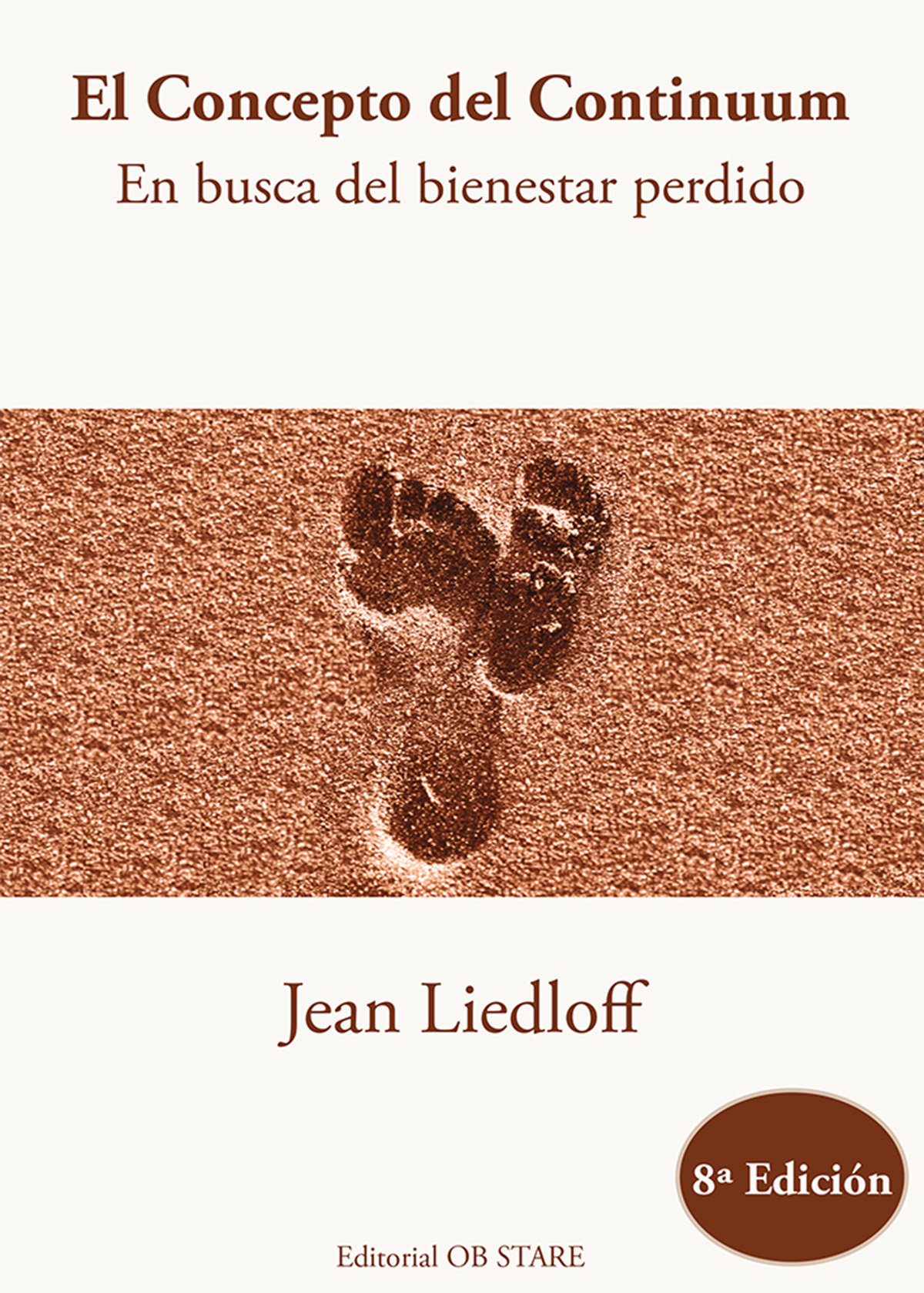 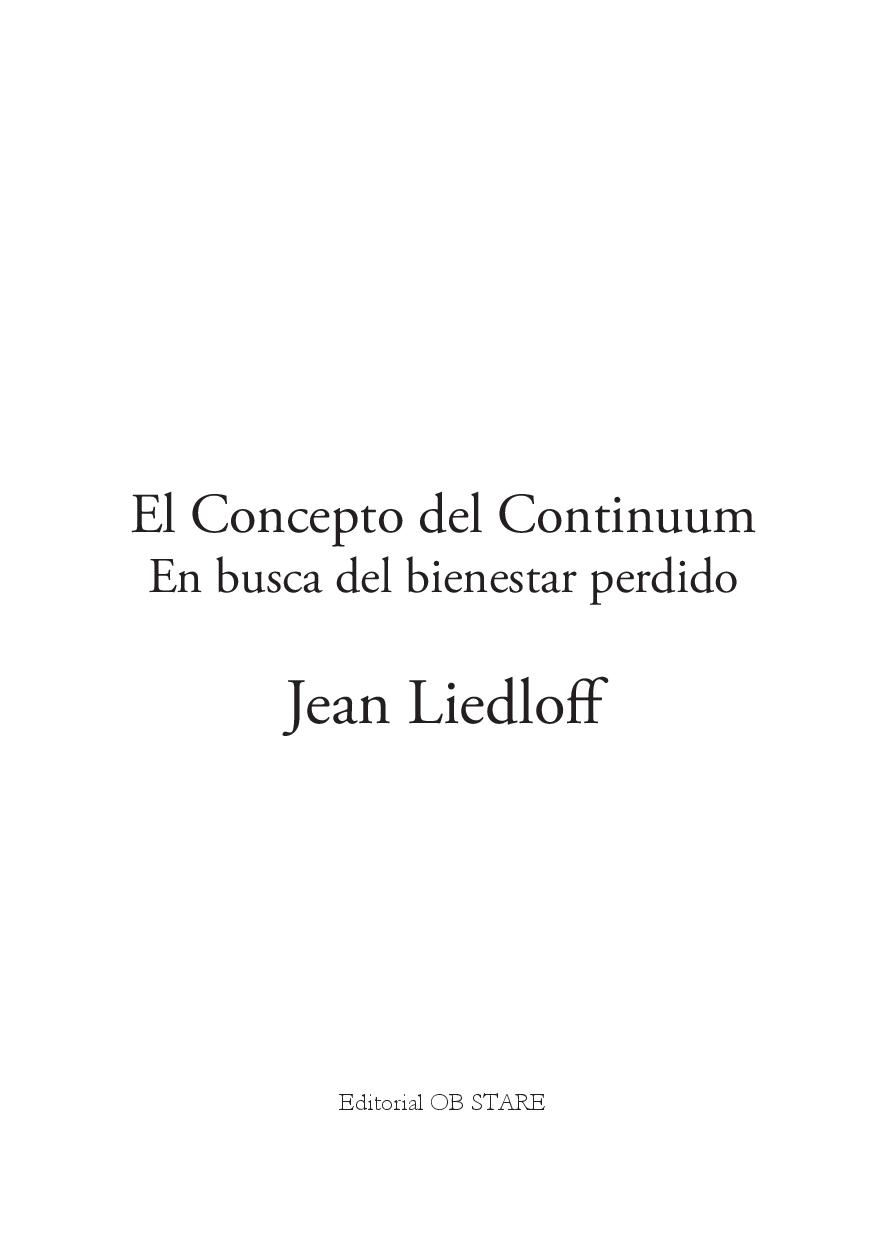 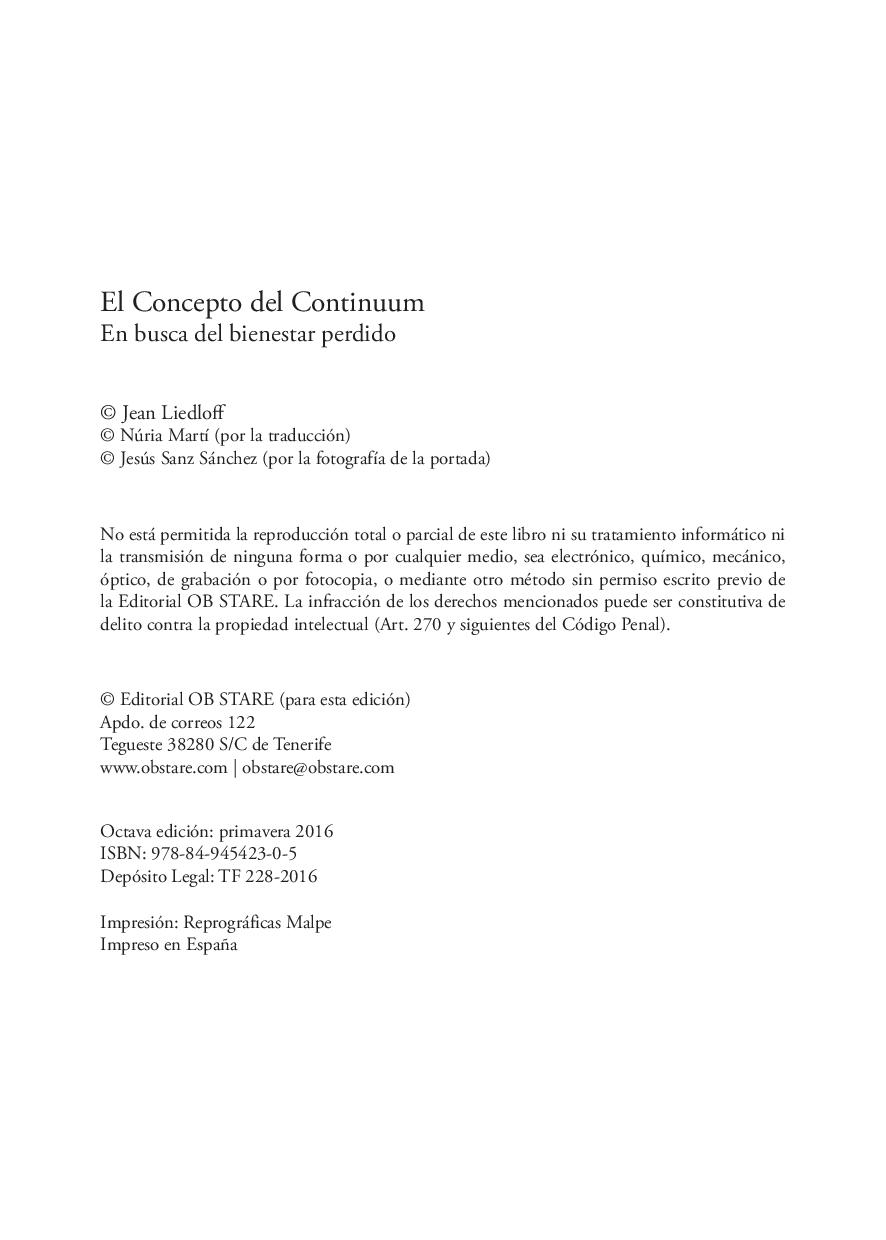 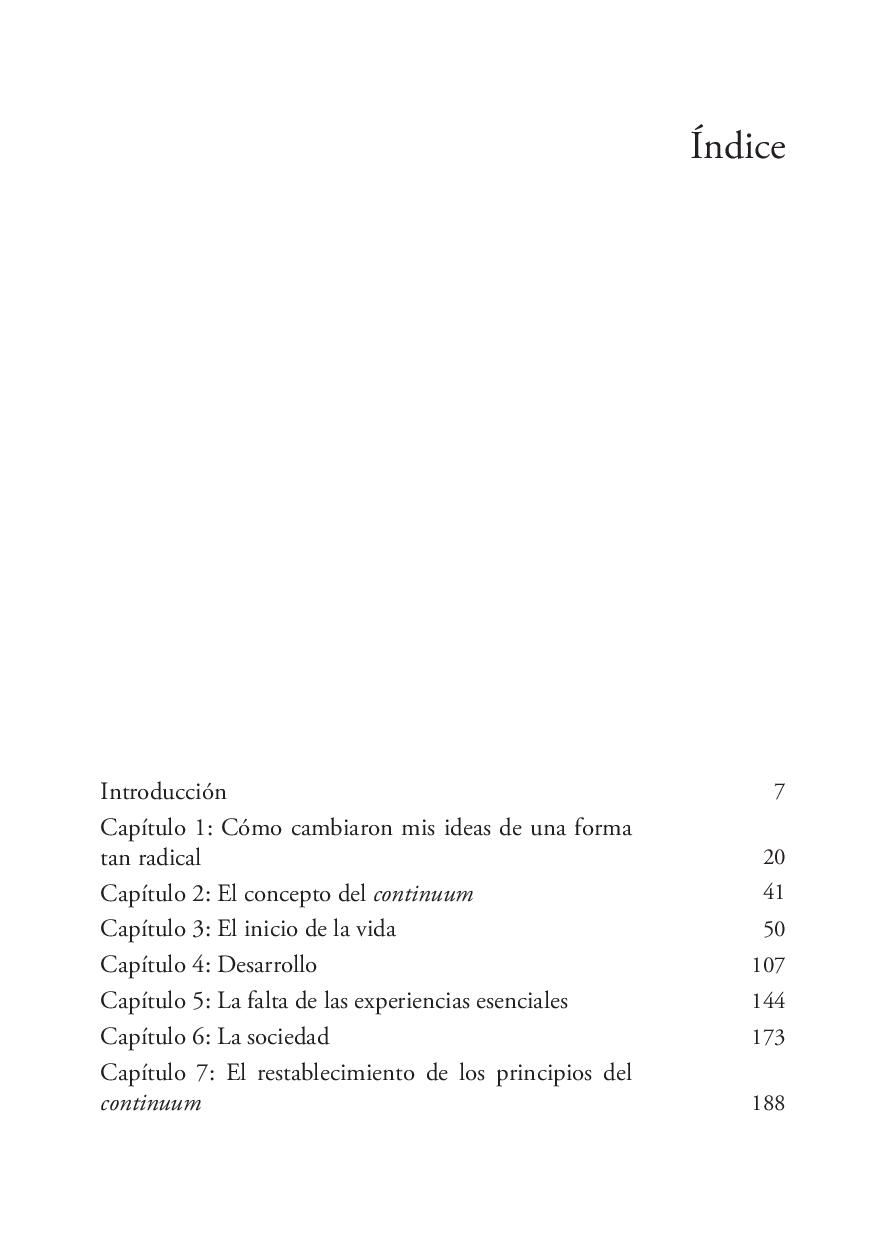 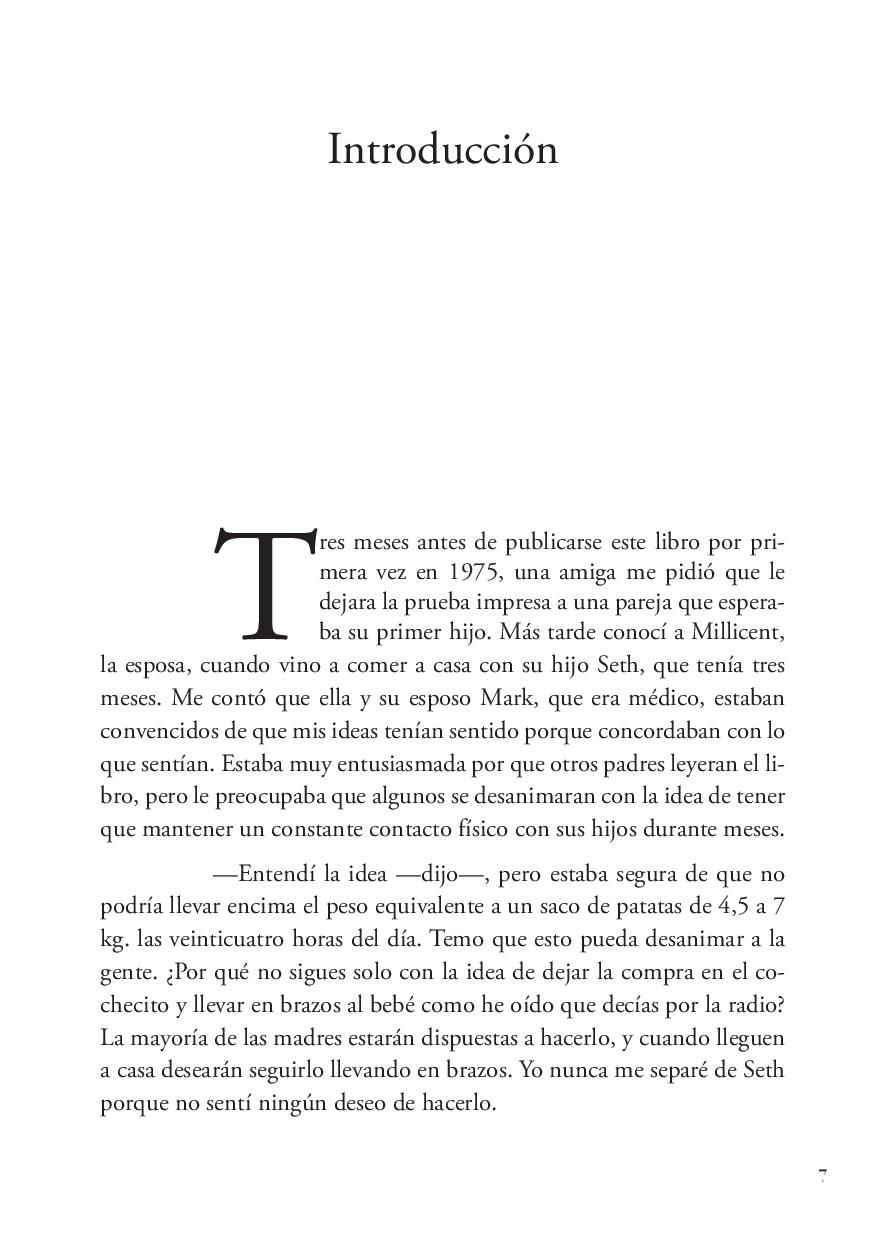 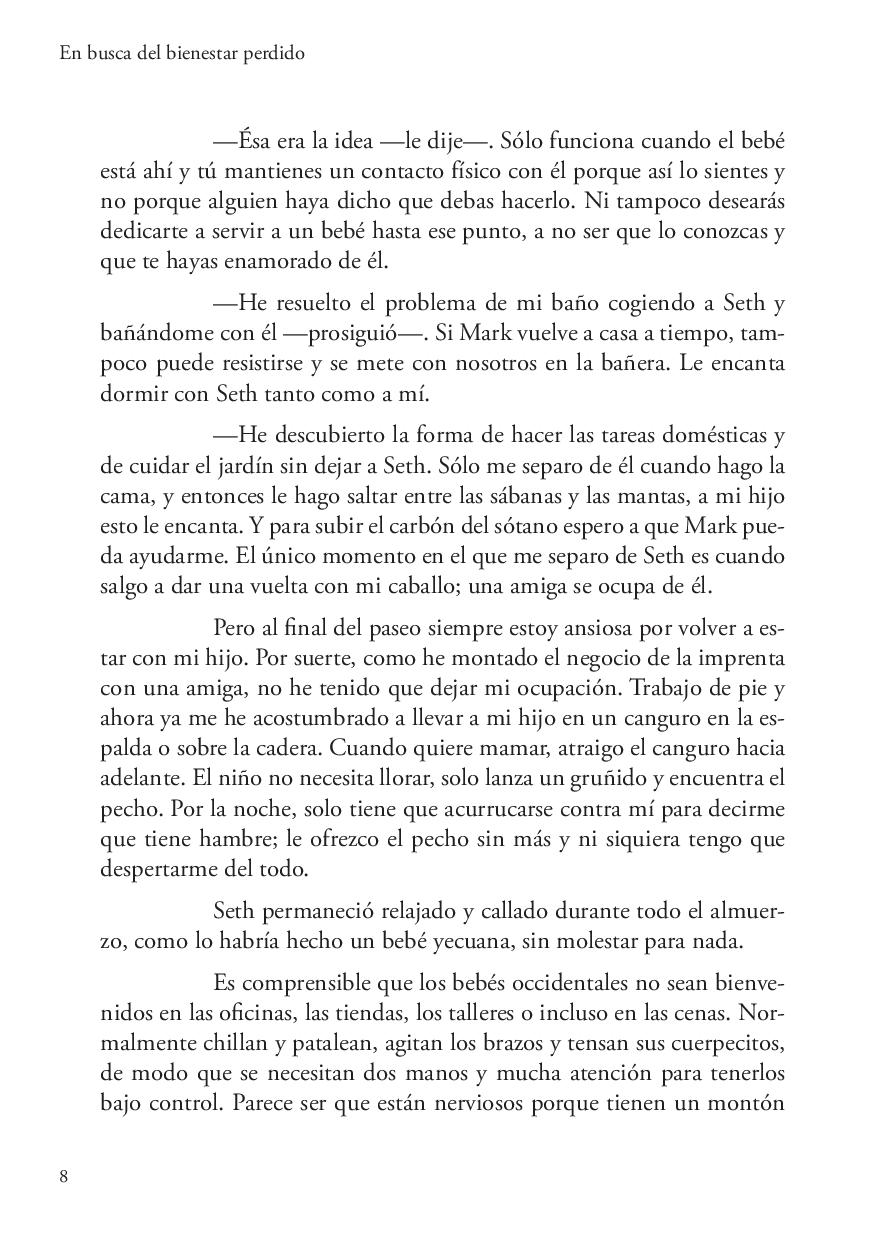 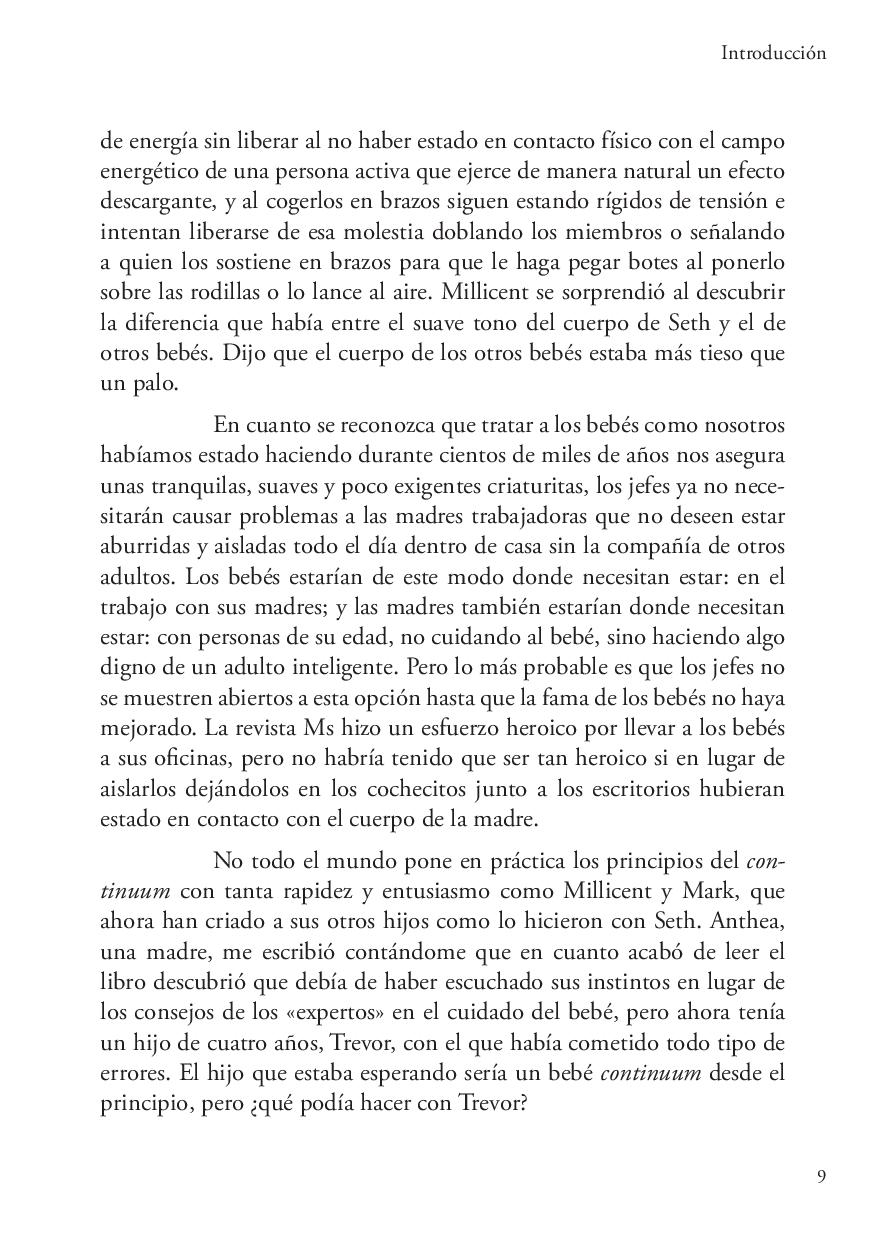 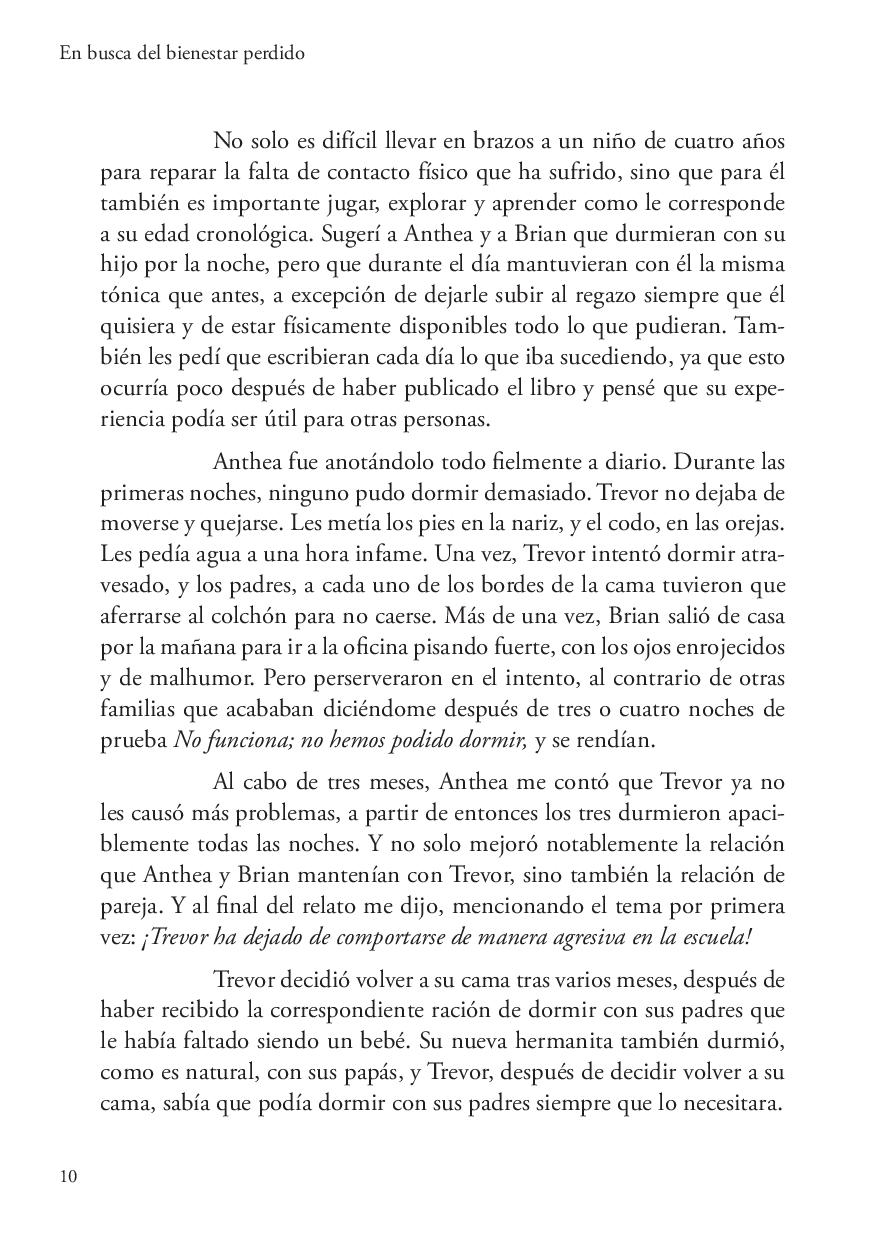 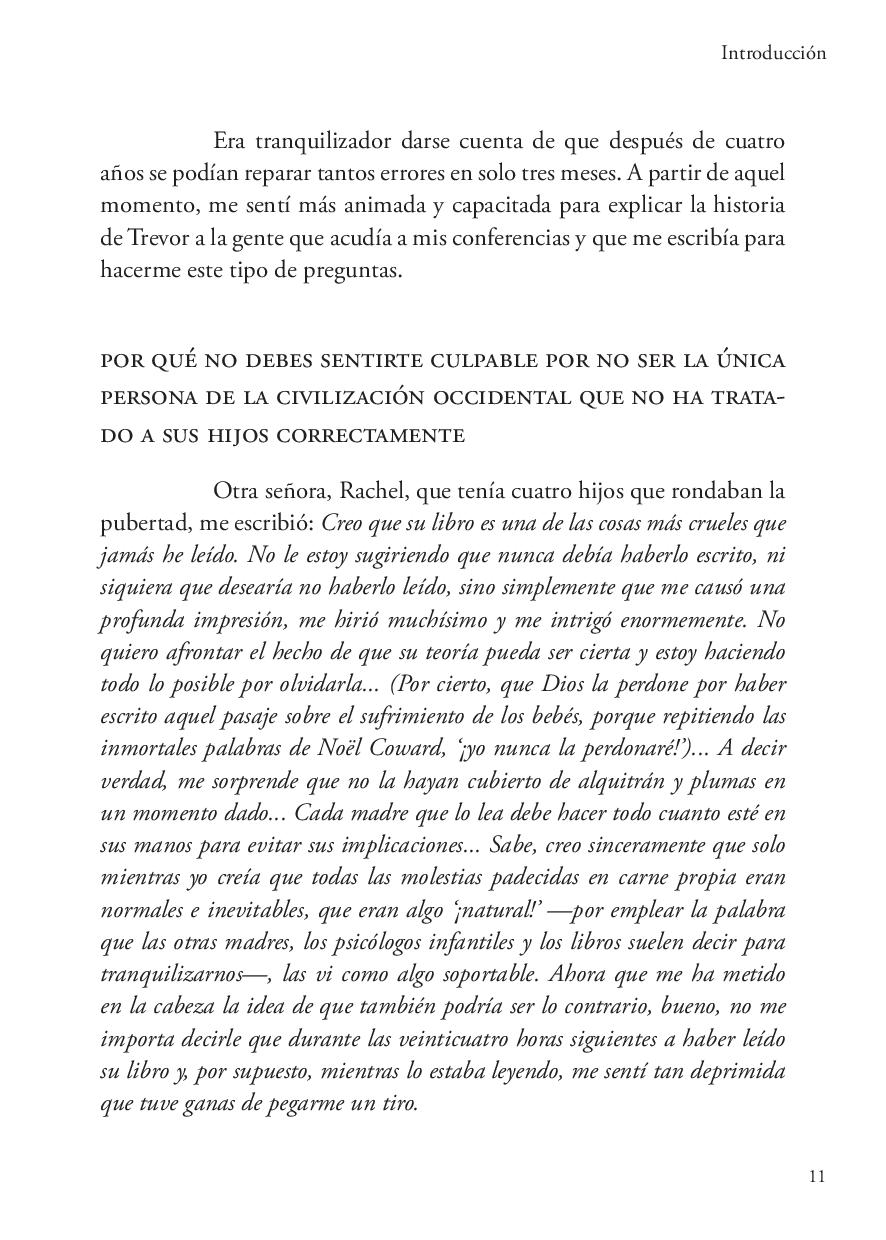 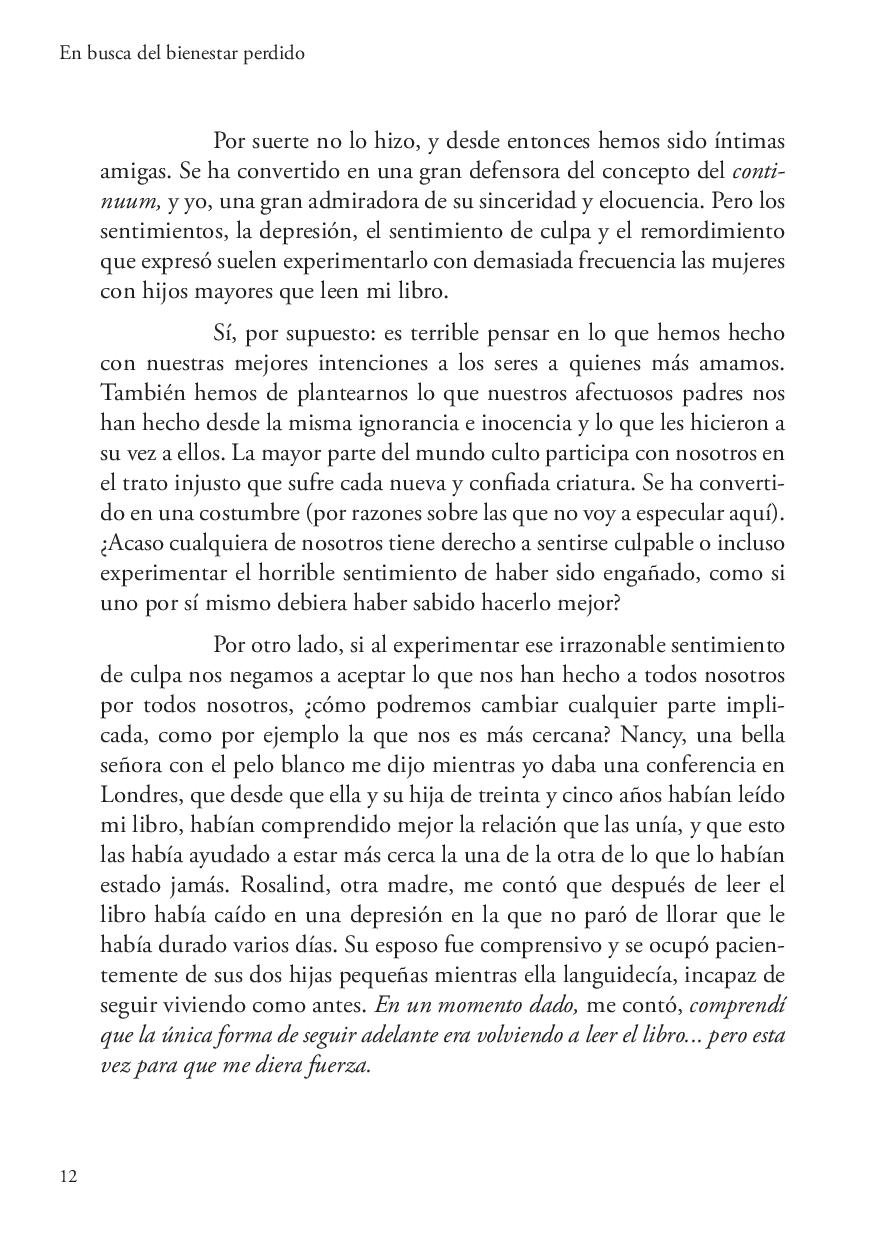 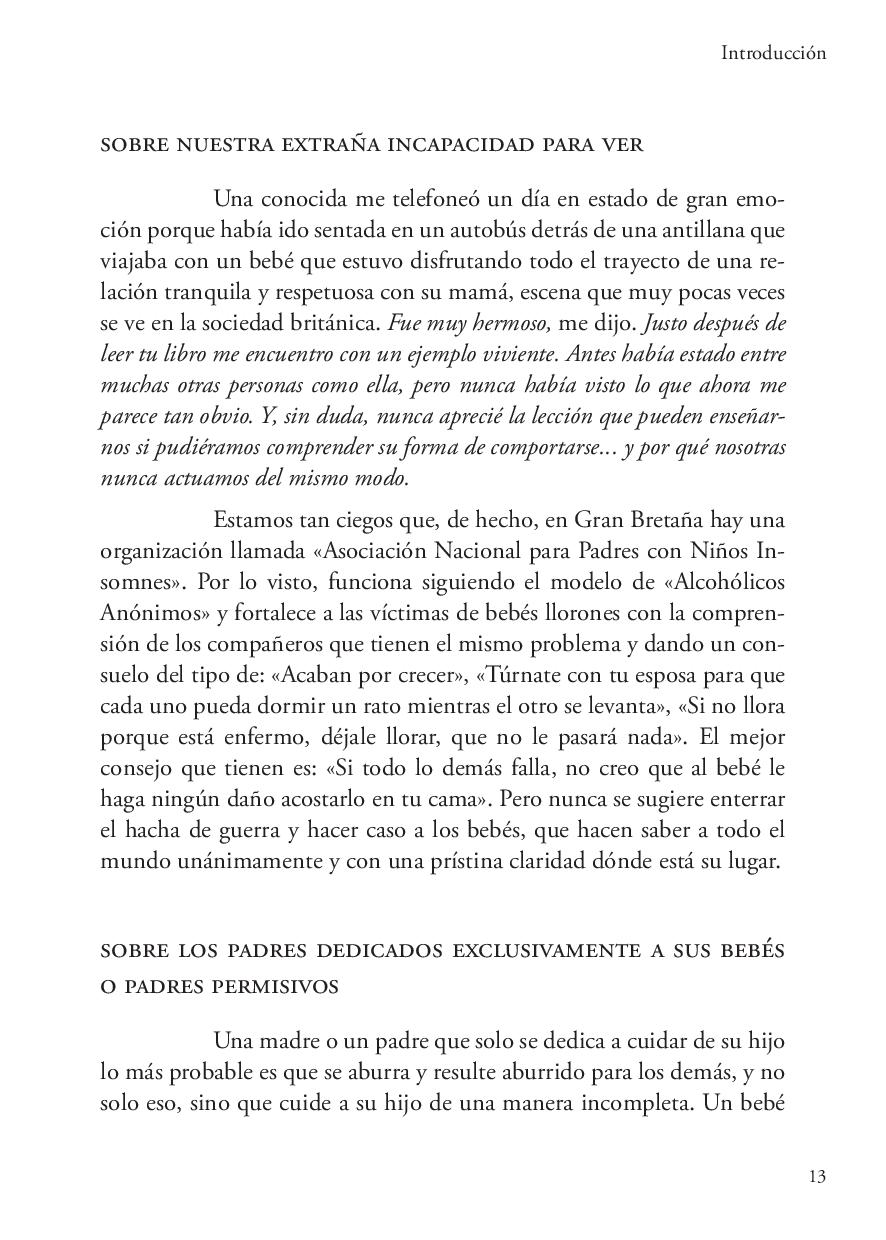 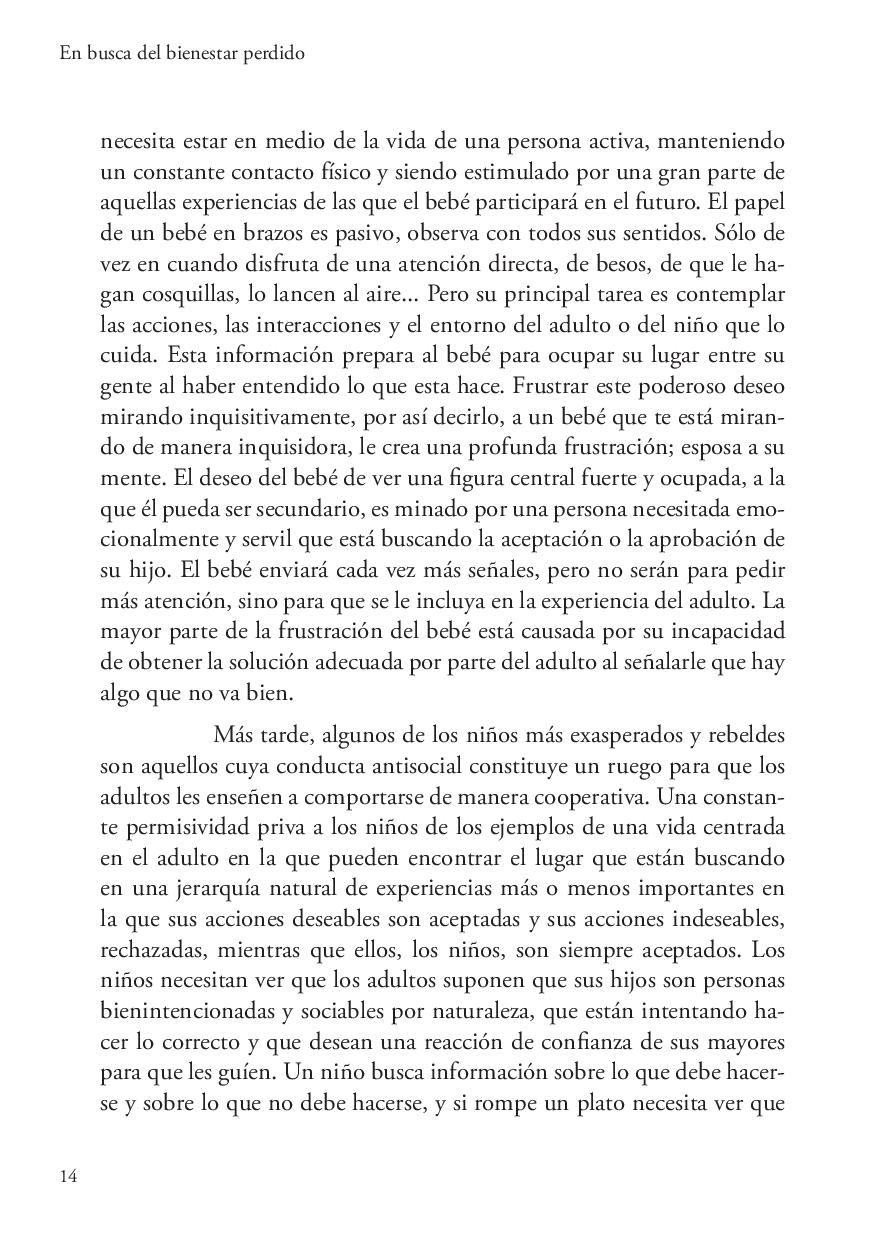 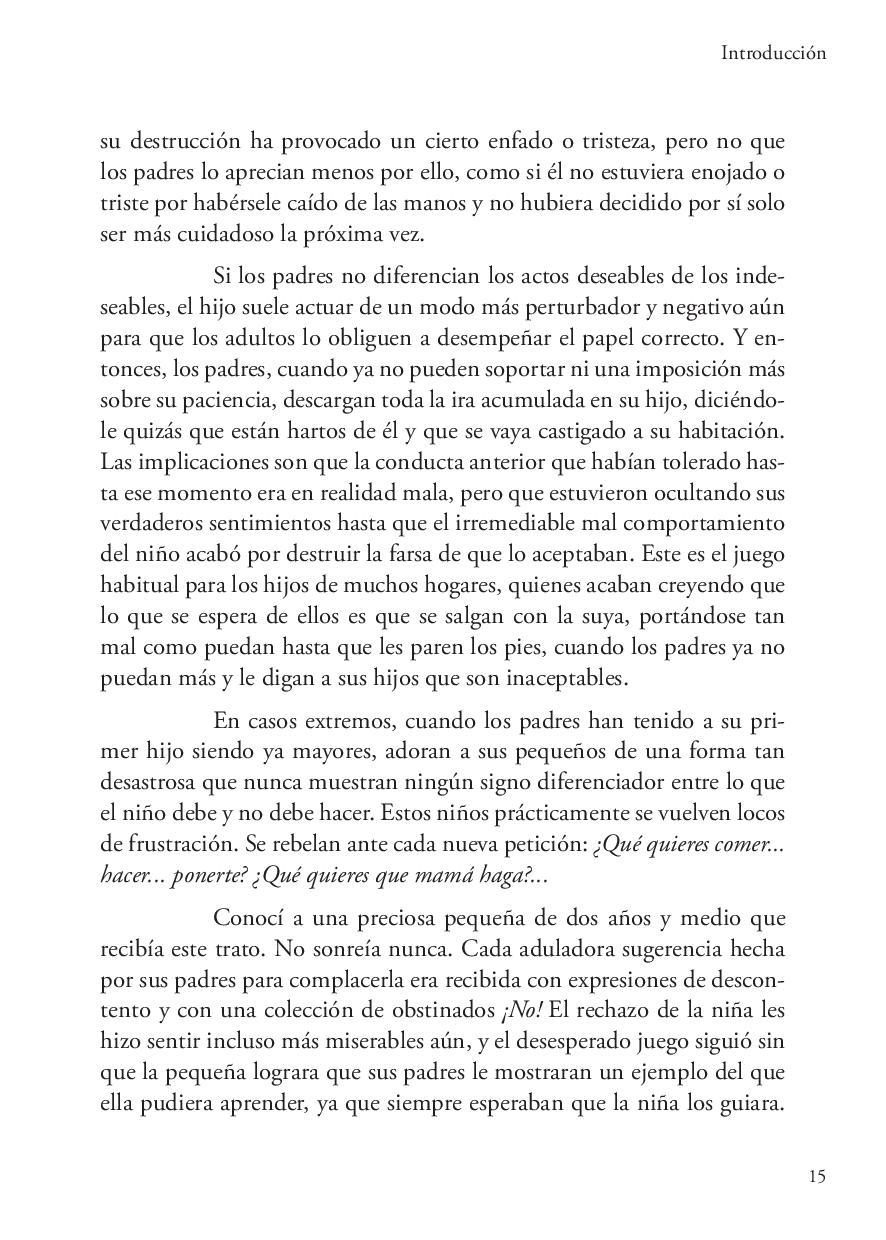 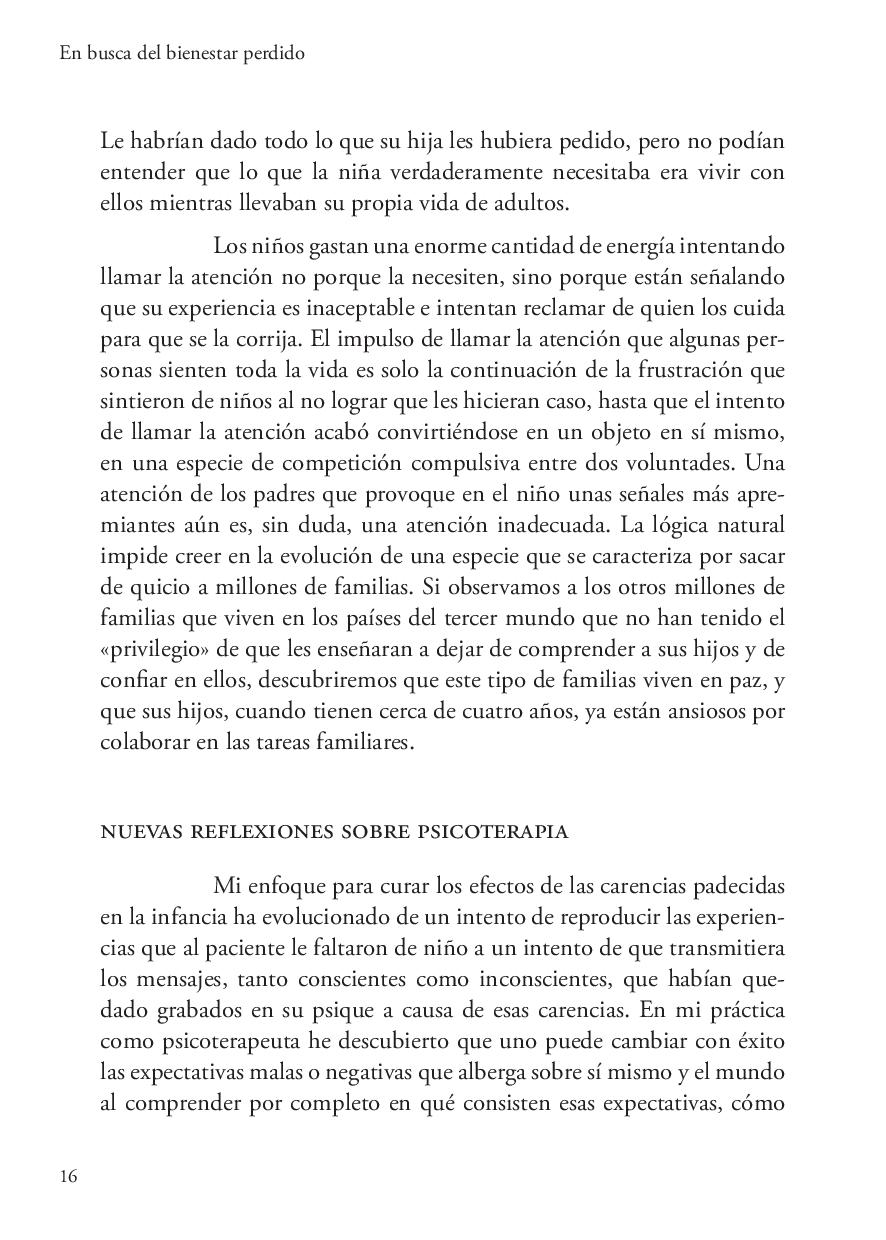 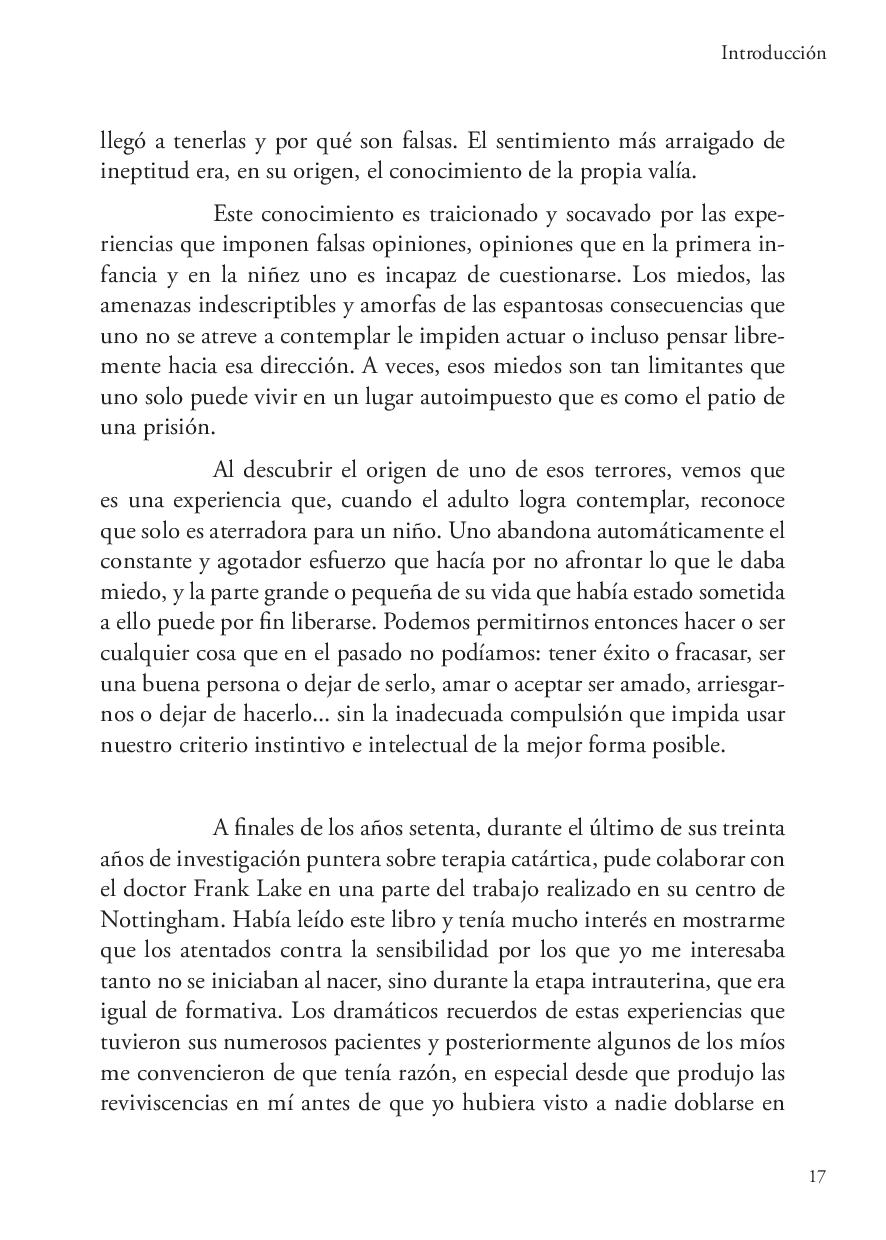 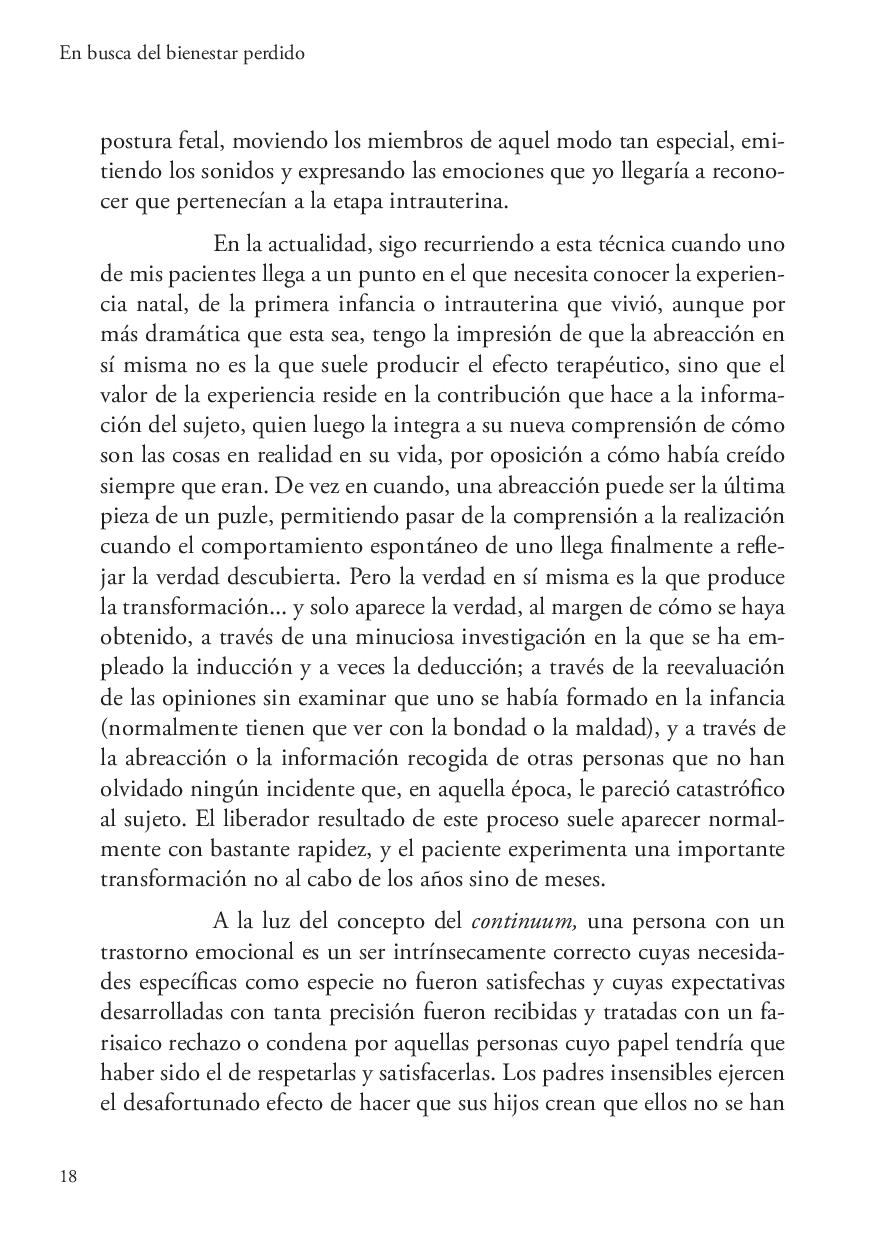 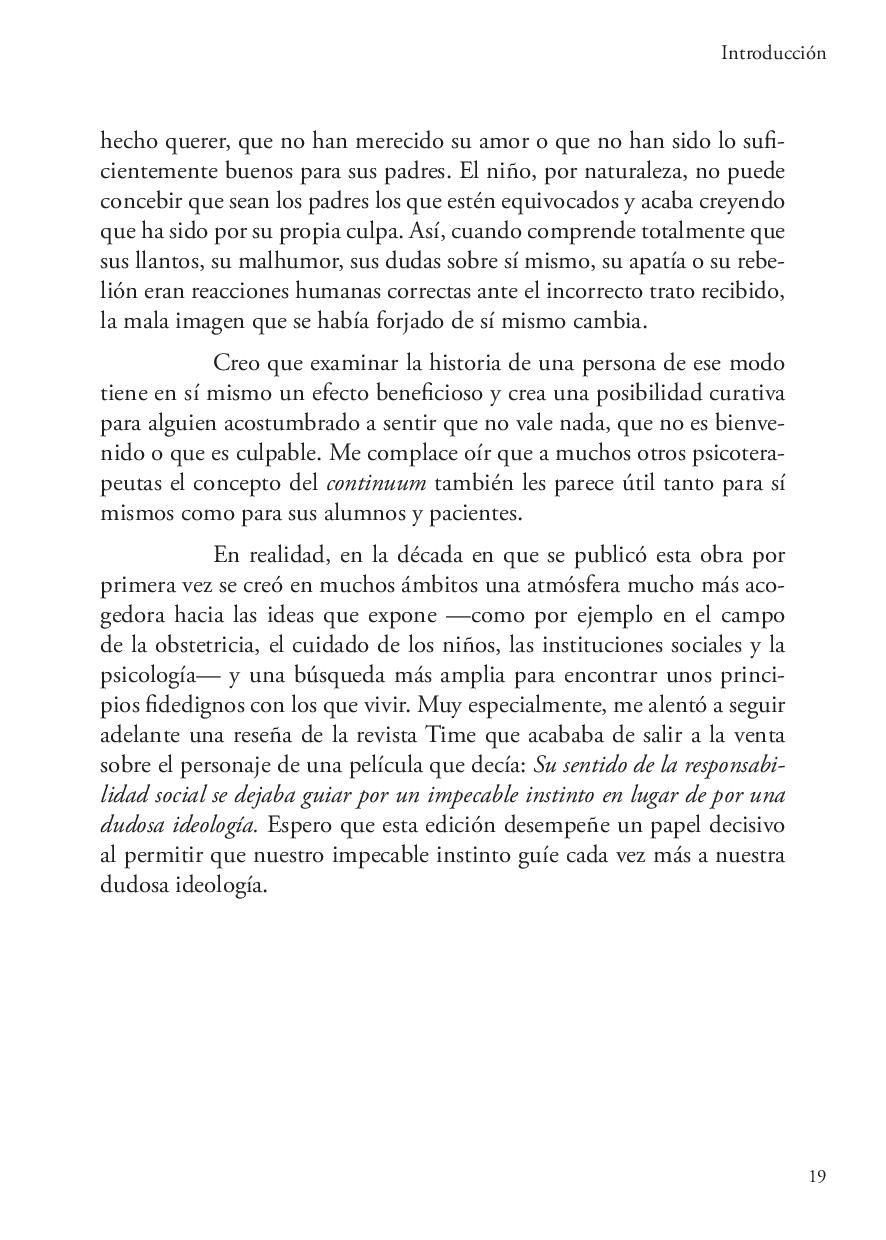 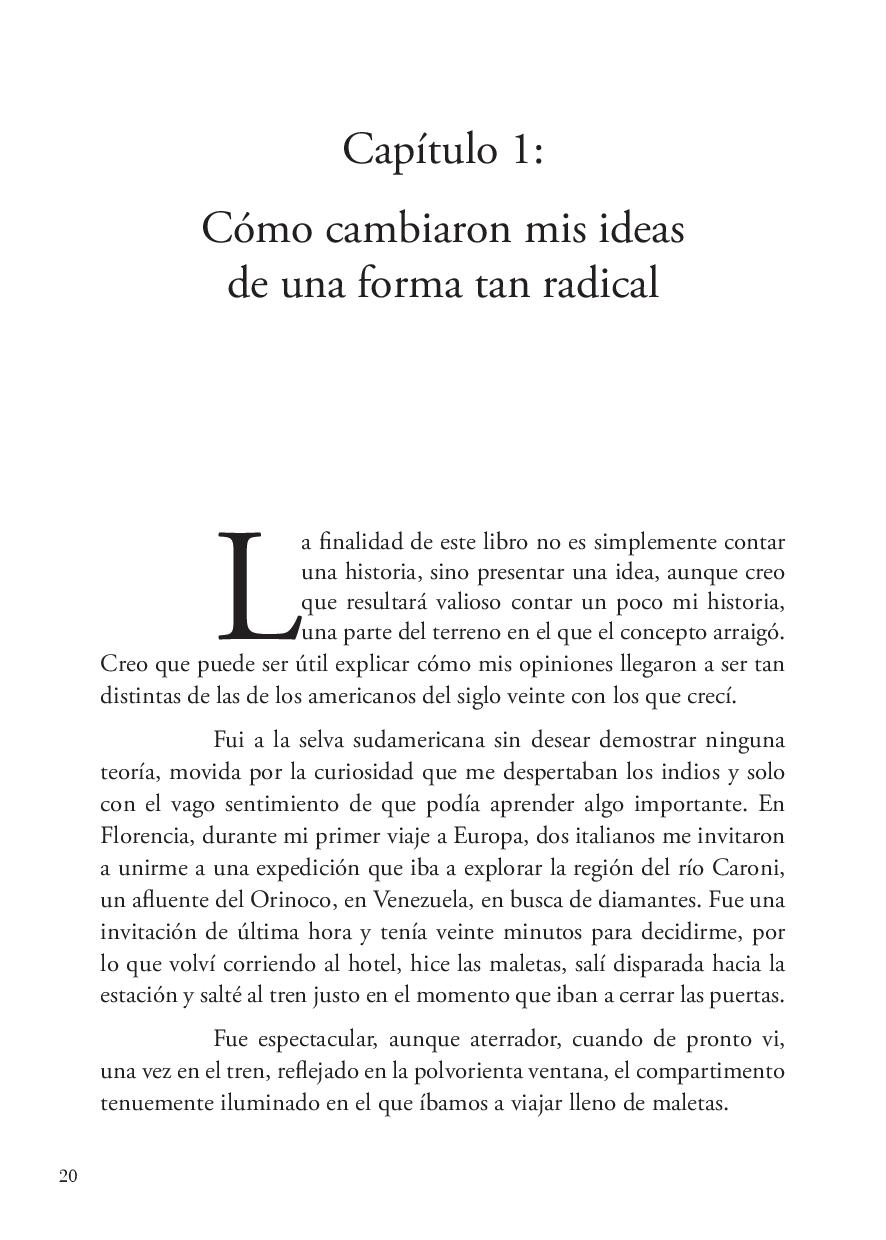 Food to sustain the body and caresses to nourish the soul are neither offered nor denied, but are always available. Offering a child more or less help than he asks for is detrimental to his development. Once we fully recognize the consequences of our treatment of babies, children, each other and ourselves, and learn to respect the true character of our species, we will be able to discover much more deeply our potential for well-being. Three months before this book was first published in 1975, a friend asked me to lend the printed proof to a couple expecting their first child. I later met Millicent, the wife, when she came home for lunch with her son Seth, who was three months old. She told me that she and her husband Mark, who was a doctor, were convinced that my ideas made sense because they matched what they felt. She was very excited about the idea of other parents reading the book, but worried that some would be put off by the idea of having to maintain constant physical contact with their children for months at a time. I understood the idea,” she said, “but I was sure I wouldn’t be able to carry the equivalent weight of a 15- to 20-pound sack of potatoes around twenty-four hours a day. I’m afraid this might put people off, so why don’t you just go ahead with the idea of leaving the shopping in the stroller and carrying the baby like I heard you say on the radio? Most moms will be willing to do that and when they get home they will want to continue to carry the baby. I never left Seth’s side because I didn’t feel any desire to do it. -That was the idea,” I said, “It only works when the baby is there and you maintain physical contact with him because you feel it, not because someone said you should. Nor will you want to devote yourself to serving a baby to that extent, unless you know it and have fallen in love with it.

Born and raised in New York, Jean Liedloff (1926-2011) traveled through Europe and made five expeditions to the South American jungle to study the Indians of Venezuela. She conceived The Continuum Concept" after realizing that those of us who belong to Western civilization have tragically misunderstood our nature. He passed away on March 15, 2011 in his houseboat in San Francisco.

Armando Bastida
Quick view
On this website we use technical, analytical, personalisation and advertising cookies (own and third party) to be able to show you information according to your preferences. You can accept this type of cookies by clicking the "Accept" button, configure them or reject their use. For more information you can consult our Cookie policy.
Cookie settingsACCEPT
Manage consent